A quotation from Lossky's gem of a book:


This passage has got me thinking, primarily about the human will. Created to be free persons, the will is a unique characteristic of the human person. Even atheists and non-believers strive for freedom as perhaps the greatest good for humanity, and on the basis of 'freedom' many things are justified. So, understanding our will from a Christian perspective is essential for our own correct understanding of ourselves, and also for articulating the Gospel to an age which seems so far from the language of grace and faith.

Reflecting on my own spiritual life, one difficulty I experience is thinking of God and myself as 'Him' and 'me', as though opposed in some way. I have to submit my will to His is the case in point. I can't have my will, it has to be God's. My freedom is, in this way of thinking, simply freedom to surrender my freedom to choose.I have just one choice to make: to submit to whatever God wills, not least because I am pretty stupid compared to Omnipotent Being. This in turn leads to the idea of 'tasks' which are set and which I am then left to carry out, because if He and I are juxtaposed as in some sense opposites, then this is what my role is reduced to, which is pretty much like being a slave, except you have the Ultimate in bosses.

Having lived this mentality for much of my life, I now think it is not only wrong but very dangerous and destructive of a healthy spiritual life. Every aspect of myself is in a fundamental way dependent on others, and ultimately as well as directly, upon God. My freedom to eat depends on farmers and producers and truck drivers and salesmen and package designers and shopkeepers etc. and not just the ability to move my jaw, to digest and successfully pass out the remains. The human person is fundamentally rooted in the others around him and before him, as well as in God who created, sustains and sanctifies him.

The teaching of Jesus makes this a fundamental perspective for a Christian's life. I am my brother's keeper, I am commanded to love my neighbour as myself, second only to loving God. The apostles commanded the first Christians to hold all things in common and took special measures to ensure that even the poorest had what they needed. And remember Judas? His role was to keep the 'common purse' - this was the way Jesus showed His disciples how to live. My freedom is dependent upon the love and generosity I receive from my neighbour. Liberate that love and kindness and, therefore, freedom abounds.

Looking at sin, more particularly to reasons people sin, I am more and more convinced that is it due to fear. Fear of being taken advantage of, of being rejected, hurt, assaulted, victimised, ignored, hated, robbed, etc. And the fears rooted in us as children can be devastating and not easily remedied. My freedom as an adult depends profoundly on the love of my parents manifested as security, warmth and commitment. It is often the scars carried on from a lack of those things into adult life which so mars and maims our society as we break down as people who can belong to others.

Lets extrapolate this further. If I wish to do something, we have a saying, 'two heads are better than one'. When it comes to achieving some task, when we have a person who shares a desire to get that done, somehow we are more effective than simply a doubling of available manpower. When we have a common will focused on a common purpose then we can achieve far more than we usually can alone.

In other words, my willing, my capacity to will, needs others to be realised effectively and completely. It isn't about having to give up my will to what others want to do, though often we go through that painful exercise of compromise and accommodation, but in finding a common will we achieve something far more than simply willing as an individual. It is quality added.

So also, I would argue, when it comes to God and our will. Rather than the 'Other' to which I must submit, it is the Other than enable my will to become fully alive and focused on a common purpose. As God is Omnipotent, if I can allow my will to 'rest', or to use a more precise phrase 'co-inhere', then my will can reach its greatest potential with the greatest capacity. Humility is the key emotion/attitude here, the ability to accept the limitedness of my understanding and choosing, and accepting the offer of being able to choose through God's perspective, not as something imposed and rigid, but more an invitation to find that gentle resting spot in ourselves with Him deeply intimate to us so that suddenly we see through God's eyes. We need that perspective much like a short-sighted person needs glasses.

Anyway, I am tired now and my head hurts, so I will post this and hope to return to it soon! 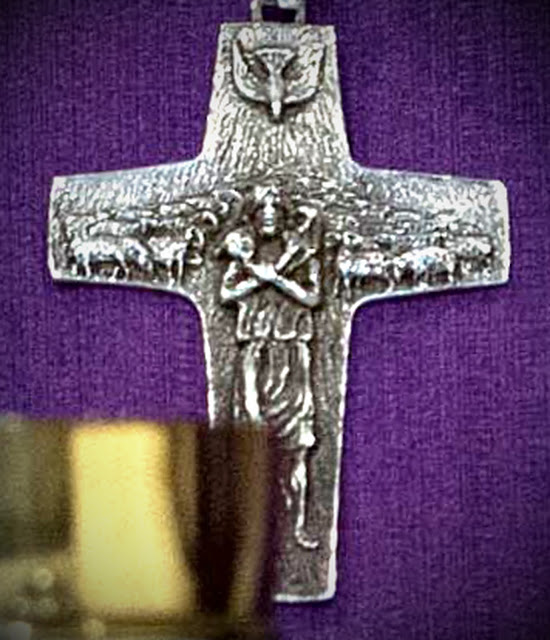