Whatever the outrage, a calm assessment of the situation in our country over proroguing parliament has to be alarmed. Even if only 4 extra days, coming when there would be a good case to be made for not proroging for the party conference season, its worrying. It doesn’t feel like the executive respecting the way our constitution works. It smacks of political games.  Of course this is the very stuff of political life. The eliptical nature of the British Constitution while shaped by an expectation that everyone plays by the rules nevertheless develops when people don’t. That’s its nature. And its genius. It gives absolute flexibility, but with a code of honour underpinning it all. This is where I think most commentators and demagogues are missing a trick. Its not that Johnson has pushed the constitutional boundaries, but the way he has done it. Bercow, that preening monster of a Speaker, has after all played free and yet fair with Parliamentary precedent to give Remainers an adva
Post a Comment
Read more

Time to be called on the Big State/Small State argument.

The Cult of the Dead: All Souls and the Christian revolution

Thoughts on St Mary of Magdala

Christianity is on the verge of being obliterated in the UK. And there is no 'but' to this statement.

Trump - And Shades of the Rise of Adolf Hitler 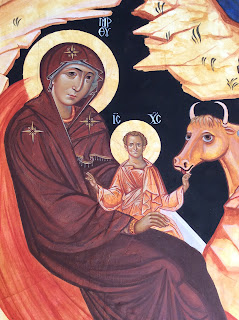 On earth as it is in heaven? While Paris burns, Brussels is in lock down, and Turkey blasts a Russian fighter plane out of the sky... the CofE gets into the advertising business.